by
Katy Loebrich
• Published on April 2, 2018 • Last modified on April 9, 2018
Arts
My earliest memory of going to the movies is from when I was about 3 years old. My parents took me along when they went to a Marx Brothers movie night. It wasn’t inside a cinema, but in a little auditorium, or maybe it was a college classroom.

There was a small stage up at the front, it was more like a dais really, and was just about the right height for curious 3-year-old to want to sit on. I ran straight down the aisle, and as I was starting to get settled on it, a voice came on the overhead speaker and said, “Get off the stage, little girl.”

Surprisingly, I was not as scared as you might think, and the experience did not turn me off from either movies or the Marx Brothers — I still love them today!

So, you can imagine how my interest peaked when film historian Frank Thompson’s book crossed my desk in connection with my role as the producer/director of North Carolina Bookwatch. Asheville Movies Volume I would have made a great episode of NC Bookwatch, but it also made for a fun Muse story!

It was so exciting to go to two screenings with Frank, and watch and talk about these amazing films (or portions of films). Shot around 100 years ago, the movies are like a window into history — and the screenings were being held in venues very near the original film locales! We walked around downtown Asheville, looking at how much had changed as well as what was still the same.

Before that weekend, I had never seen a silent film all the way through — sure, I’ve seen some Chaplin on TV and whatnot — but this was a first for me, a real screening, a nearly complete film, live piano accompaniment. At first, it’s a little weird that the actors aren’t talking, but once you get past that, it’s pretty neat. 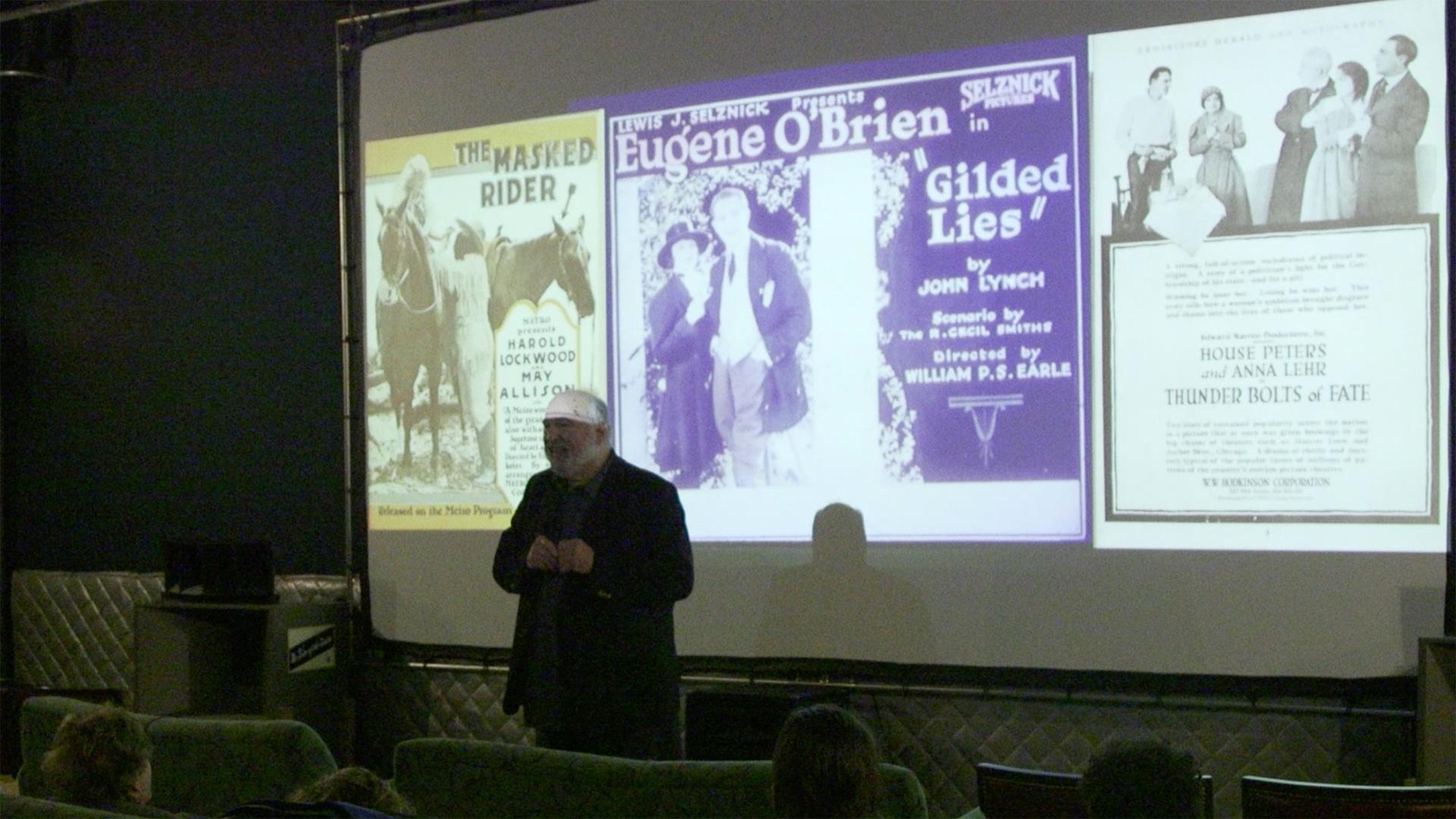 The costumes, the scenery, even the storylines remind you that it’s a different era and it’s like picking up an old book — like, The Grapes of Wrath or Gone With The Wind — the story is told differently than we’re used to, but it’s still engaging and interesting. The pianist accompanying the movie said he has little themes for each of the characters, and general themes for specific types of scenes, and he just keeps his notes on his tablet and then plays along with the film. I played piano regularly from age 10 all the way through college and I don’t think I could do that!

Frank says over 400 films were shot in NC during the silent film era. Of those, he has managed to find 12 — not necessarily the actual film, but at least evidence of its making. Everything he finds, he shows to people at his monthly film screenings at the Grail Moviehouse in Asheville. As we the audience sat there watching the films, finding our way into understanding of them, we realized we were also taking a trip back in time. Every bit of scenery and costuming, every different location, is an isolated moment of its own history. We had unknowingly boarded a time machine when we entered the theater, and, oh, what fun travels we had!